Stop talking down the North; now is the time to talk it up – Nick Fletcher 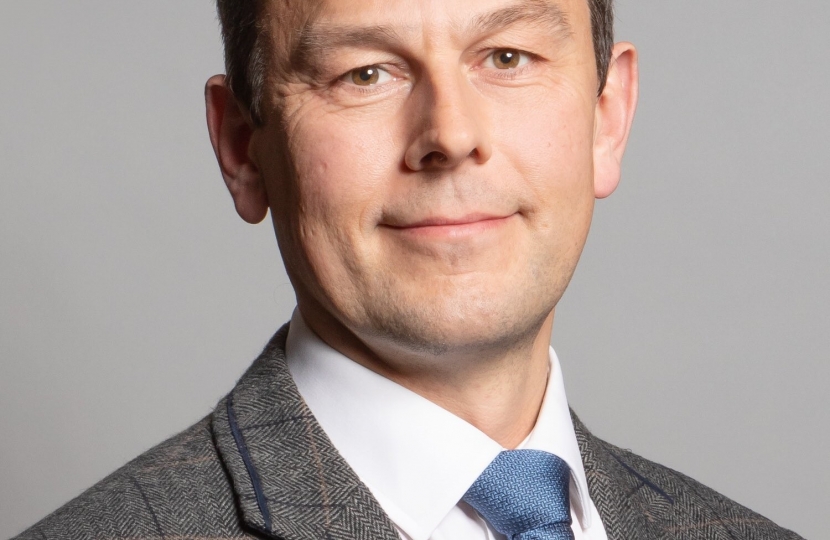 EVERYONE by now knows that ‘Levelling Up’ and ‘Build Back Better’ are straplines of this new and ambitious Conservative government.

In my eyes, this Government is still a ‘new’ one even after 14 months because it only had three months to focus on its manifesto commitments before it had to face up to the worst health and financial crisis for generations.

Even during the pandemic, neither myself nor my Northern colleagues have stopped asking questions and lobbying the Government to keep to its election promises and I remain confident that we can achieve lasting change.

Whenever I ask members of the public and other MPs, it is apparent that when they initially think of ‘levelling up’ they believe this solely involves spending vast amounts of taxpayers’ money in the North. I am not afraid to admit that I once thought the same.

I still believe that infrastructure projects can genuinely transform Doncaster, which is why, since becoming the MP for Don Valley, I have campaigned for a new hospital, a rail link to Doncaster Sheffield Airport and improved flood defences.

These projects will create jobs, lots of them, boosting economic growth locally. They will also put a spotlight on Doncaster, and when you shine a light on a place, people look. When people look and like what they see, they invest too.

So is that it? By investing lots of money and building back better, could we consider ‘levelling up’ complete? I am not so sure for two reasons.

Firstly, due to the pandemic, the Government has spent money which it never intended to. While I have been assured that the levelling up agenda is still very much at the forefront of the Government’s plan, the purse strings have inevitably been tightened a little.

Secondly, and more importantly, whenever I pressed a little deeper with local people, it became apparent that people were more concerned with the feeling of being left behind.

For much of the previous two centuries, the North was a dynamic industrial heartland with its mills, mines and factories.

The North was a hive of business, industry, innovation and development.

While wages, working conditions and living conditions were lower than now, people were busy, needed and, on the whole, felt more valued.

llowing the closure of the mills, mines and factories, computerisation took hold and a digital revolution emerged. Sadly, however, the North was, in the feelings of many, left behind.

The reason for this is simple.

Short-sighted ‘New Labour’ governments and northern politicians, with their quixotic, often tribal loyalties, were backed by the unions which did not have the imagination to take people forward and engage with the modern era.

Consequently, politicians convinced their electorates that Conservative governments didn’t care and adapting to new economic realities was something to be rejected.

The message was clear – ‘stick with Labour and you’ll be fine. We will get your benefits topped up, and we will keep asking for more’.

What happened was the emergence of a culture of dependency.

While the South seemed to move forward, much of the North stood still.

Furthermore, the North has consistently been told that it is deprived. When people are always told this, they begin to believe it.

Labour loves stereotyping people, they are very good at it, and they have pigeonholed the North as deprived throughout my lifetime.

The longer the North stood still, the louder the socialist union leaders and politicians shouted and promoted the politics of envy and resentment.

Meanwhile, people in the North felt even more unwanted and even more left behind. The sad reality is that the left ripped out the industrious spirit of the North for the own political gain by perpetuating a myth of our everlasting, unsurmountable, victimhood.

This has not continued everywhere in the North, as some places have done extremely well. The Advanced Manufacturing Research Centre is a world-leading research hub.

So what is levelling up? It’s an awakening of the North’s people. With a little help from the Treasury, a renewed ‘can do’ attitude, and political leadership from a new intake of forward-looking, inspiring Conservative leaders, the sky is the limit.

I’m ready for these challenges, are you?

Nick Fletcher is the Conservative MP for Don Valley.