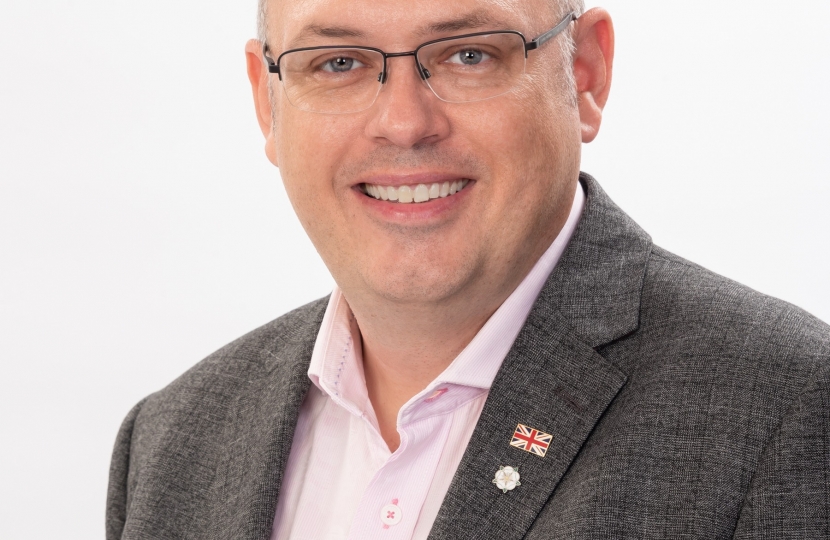 James Hart, the Conservative candidate for the forthcoming Mayoral Election has launched his campaign manifesto for Doncaster.

This is the first time the Conservative team in Doncaster have launched such a detailed and ambitious plan for the whole town. Ahead of these critical local elections Mr Hart is keen to emphasise his standing as a capable candidate who could pull off the unthinkable and win for the Tories! He has been a Conservative councillor (for Tickhill) and Mayor of Hatfield and he is also a successful businessman too. It is certainly going to be a very different election, one held under such unusual circumstances and, in Doncaster, with so much at stake.

It was due to these difficult times the manifesto launch was held online, via Zoom in a meeting attended by local Conservative Party members. Members heard more from Hart and had the opportunity to discuss his plans for Doncaster and there was a question and answer session too.

James Hart was keen to point out his commitment to Doncaster’s environment including the need to plant more trees, invest in green initiatives and crucially – we need to tidy the town up, pick up litter and fight, once and for all, the scourge of fly-tipping. These environmental issues matter hugely to taxpayers.

James Hart said: ‘My manifesto launch was more than just the tired old political gimmicks we see so often. It was about showing how Doncaster Conservatives are a significant force in the town and we take this election seriously. I am in this to win. It is critical that this election goes ahead in a Covid secure manner which is safe for all who wish to participate. That’s why I have pioneered new techniques both offline and crucially, online. For example the Conservative team and the candidates we have in place use Twitter and Facebook to communicate our aims and talk about the Conservative view in a positive way.’

Jane Cox, who is group leader of Doncaster Conservatives on the council also attended the launch said: ‘This is the best chance we have to win and for a Conservative to be elected as Mayor of Doncaster. We aim to fight this election in a way we have not fought Doncaster elections before, we are already making inroads in the right places and this manifesto demonstrates our commitment to Doncaster and all its people.’

Nick Fletcher MP, who was elected as the first Conservative MP for a seat in the Doncaster area in generations, since Tony Barber, who lost Doncaster in 1964, also attended the meeting. He said: ‘James Hart has demonstrated his capacity to lead this town and make a difference. The Conservatives were fewer than 1250 votes behind Labour across the borough in the 2019 election. It is going to be close and every vote counts. Make sure you make a plan to vote on May 6th.’

The full manifesto can be found here