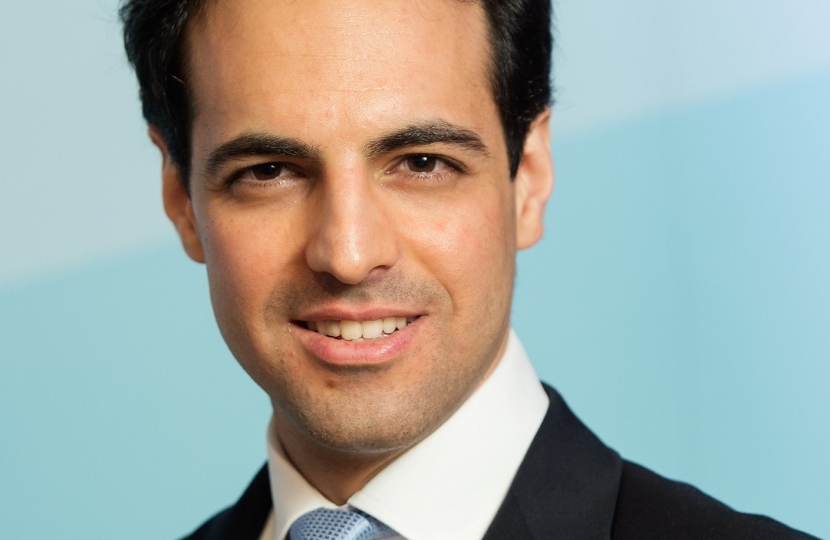 Engineering and investment specialist George Jabbour has been selected as the Conservative candidate for Doncaster mayoral election in May.

Syrian-born Mr Jabbour, who lives in Doncaster, has worked in banking and in 2009 started a small investment firm.  He has also been named as one of the 40-under-40 rising stars in investment banking.

The 35-year-old, who has a degree in engineering, describes himself as "passionate about science and innovation" as he says creating more jobs in the town will be a key point of his campaign to become the first-elected Conservative mayor of Doncaster.

"It is an immense privilege to have been confirmed as the Conservative candidate for Mayor of Doncaster," he said.

"I would like to use my skills, background and experiences to serve the people of our town, create more jobs, increase investment in Doncaster, explore the opportunities that Brexit offers and champion the interest of the community."

"I am passionate about science and innovation and I will rely on my experience in information technology and in school governance to drive an ambitious agenda and to inspire young people."

"Having set up a successful small business, I understand what start-ups and companies require to thrive and grow.  I know what it takes to create a Doncaster that works for everyone."

Mr Jabbour said the people of Doncaster need to vote Conservative to bring about the changes to take the town forwards.

"Since 2010, Conservatives have competently run the country, successfully created conditions for record levels of employment and introduced the national living wage."

"Unfortunately for us in Doncaster, we have been left behind as we have had years of an unreliable and ineffective Labour Council.
"However, this election provides an opportunity to break away from the past.  It is only by voting Conservative that we can make a difference."

The deputy leader of Doncaster Conservatives Councillor Nick Allen added: "I think George Jabbour is an excellent choice as Conservative candidate.  He will make an excellent mayor - a true ambassador for Doncaster!  He is the breath of fresh air which Doncaster desperately needs".